Recently, two Anubis baboons received pig heart transplants. They both survived for 6 months with pig hearts beating inside them. This milestone is the longest veterinary survival after the procedure. Before this, a baboon lived for 57 days after a heart transplant.

Both baboons lived energetically after the surgery. They were healthy, doing what they always loved to do in their enclosures, including watching animated programs and eating eggs and mangoes. According to the scientists, this is a huge step closer to transplanting pig vital organs into human patients. Organ shortage is prevalent in many countries. Acquiring the needed organs from pigs could mean saving more lives.

The pigs used in the procedure were genetically engineered to produce human thrombomodulin and CD46 proteins. Thrombomodulin prevents blood clotting after surgical procedures. CD46 blocks the action of attacking foreign cells. Scientists also made certain they could not produce alpha-gal sugars, which coats all mammalian cells except the cells of humans, monkeys, and apes. These sugars make the immune system attack transplanted pig organs. 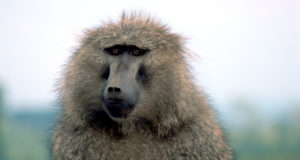