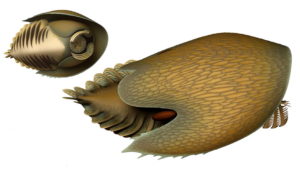 Through the passage of time, there have been many species of predators that have come and gone. Experts may have discovered a powerful predator from the Cambrian era, which once hunted in the seafloors of the Earth.

With a shielded carapace and mouth of sharp teeth, Cambroraster falcatus was a deadly predator of the small life forms at the time. The discovery was featured in the Proceedings of the Royal Society B, displaying both sides of the prehistoric arthropods.

The species had remained elusive due to its fragmented fossils, which were finally pieced together by a team at the University of Toronto. The discovery provides a new perspective to predation practices during the Cambrian era.